We don’t have to look far to find descriptions of the cost of war according to notable figures throughout history. If we asked the French philosopher Jean-Paul Sartre, he would explain how winning a war is not winning at all because “once you hear all the details of victory, it is hard to distinguish it from a defeat.” It’s through quotes like these that we, as civilians, can begin to grasp to total cost of war, how difficult it is for soldiers to experience it, and how—sometimes—it’s even harder for soldiers to survive the memories of war than the actual war itself.

Each year in America, the Veterans Affairs Medical Centers treats veterans suffering from any number of illnesses and conditions. Among the more commonly treated conditions is Post-Traumatic Stress Disorder (PTSD). PTSD, which causes dramatic emotional instability, can make living a civilian life impossible for former soldiers.

Traditionally, PTSD has been treated through a combination of talk therapy and medications which included selective serotonin reuptake inhibitor (SSRI) antidepressants like Prozac, and antipsychotics for more severe cases. Unfortunately, though, SSRI treatments alone are usually only effective 40% of the time. They also typically take weeks or months before any beneficial changes are noticeable. This means that many of our veterans with PTSD are left with little to no effective relief, at all.

However, in the last decade, sub-anesthetic doses of ketamine have proven to be an effective treatment for a number of mental health conditions including PTSD. When compared to the weeks of waiting that SSRI’s are notorious for, an effective ketamine treatment is usually noticeable by the doctor or their patient within the first or second infusion. This makes it the fastest-acting antidepressant available today.

Instead of affecting serotonin, ketamine operates through the glutamate system and has a powerful effect on memory and learning. In fact, research has shown that the use of ketamine actually causes the brain to replace old spinal dendrites—the “roads” that help form memories—with new, leaner, more energy efficient ones. This leads to patients being able to effectively re-learn how to respond to older painful memories, leading to a healthier and more productive civilian life.

Fortunately for our veterans, ketamine was added to the available treatment options at select VA hospitals as of December 2018. This means many of them will be able to find relief and can begin to live a happy and productive life, again. For those who live in areas where the VA does not offer ketamine infusions, clinics like ours are available. 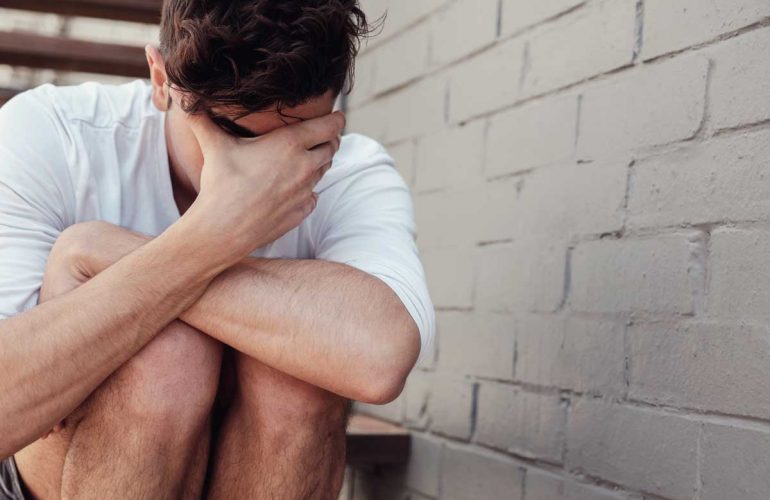 Air Force veteran Ryan Kaono returned from deployments to Saudi Arabia and Iraq a changed man. In 2010, he realized something was wrong. PTSD brought him to the brink of… Read More

What is Post-traumatic Stress Disorder?

The Mayo Clinic describes it as “a mental health condition that's triggered by a terrifying event — either experiencing it or witnessing it. Symptoms may include flashbacks, nightmares and severe… Read More